Janet Jackson is finally getting her due – and she is using it to stand up for women around the world.

At the Mnet Asian Music Awards in Hong Kong on Friday, December 14, the singer received the Worldwide Inspiration Award – a fitting award for an artist whose massive influence was finally recognized this year by the Rock & Roll Hall of Fame when he announced this week that she will be inducted into its ranks in 2019.

After an almost stunning introduction from K-pop stars BTS, Jackson told the crowd she was “excited and honored” to be recognized, according to Vogue.

She used the rest of her time on stage to deliver a moving speech on the empowerment of women and the need for global unity and peace.

â€œI am deeply touched by the idea that I have inspired others,â€ Jackson said.

“I dream of an immediate future where women are no longer controlled, manipulated or abused. I dream of the end of bigotry and discrimination in all its forms. I dream of a world in which we unite beyond borders and we unite. Finally, I dream of a planet where hatred turns into compassion, tolerance turns into understanding, and healing and lasting peace prevails. “

She ended her speech with a cry to her son saying, “Mum loves you, Eissa.”

Twitter comments from other people at the awards show indicated that her words were greeted by “girls crying out for support.”

Jackson echoed a similar sentiment in May when she accepted the Icon Award at the Billboard Music Awards, telling the crowd that despite the “challenges” we face in 2018, we are now living “a time” when women have “made it clear” that they will no longer accept unfair treatment of any kind, saying she “stands with” women and men who are “outraged by discrimination” and have supported change . 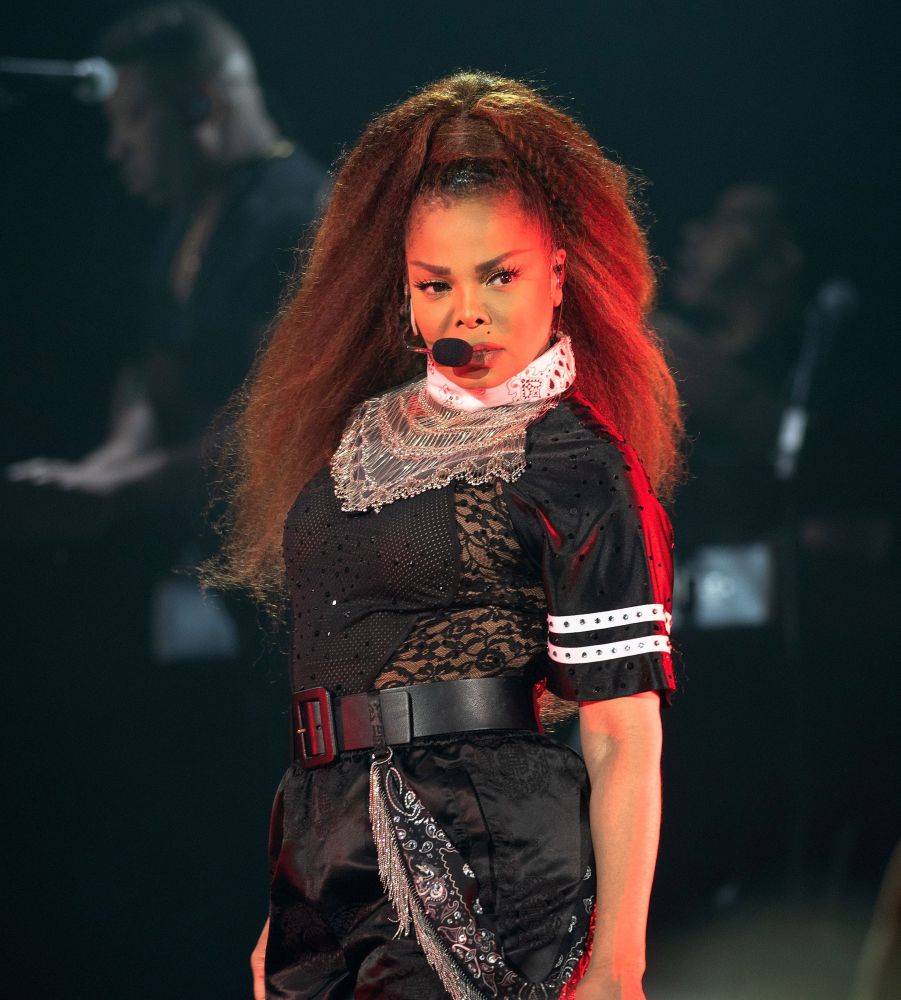 During her State of the World tour, which ended in October, the singer revisited “What About,” a song focused on domestic violence that she had largely stopped playing. When she resumed singing it live again – often crying or looking visibly distraught – it prompted questions about her relationship with her ex-husband, Wissam al Mana, who was allegedly abusive towards her.

She even opened up about her abuse experience last month when she accepted her second Icon Award of the Year at the MTV Europe Music Awards.

As HuffPo reported in September, the singer suffered both professional and personal intimidation, having apparently been blackballed by Les Moonves after her “wardrobe malfunction” at the 2004 Super Bowl.

A recent NBC News editorial suggested it was appropriate that his Rock Hall honor came right after Moonves was ousted from CBS for allegations of sexual harassment.

Janet will be officially inducted into the Rock & Roll Hall of Fame on March 29. This week, CBS announced it would cancel Monves’ severance pay, donating to women’s rights groups.

All Kara Members To Perform At Mnet Asian Music Awards